×
Try Trillian free for 30 days You're just a few clicks away from starting a free trial of Trillian for Business. No credit card is required until you commit to a purchase. Questions? Contact our cloud sales team.

Want to host Trillian on-premises? Run your own Trillian Server >

Are you just watching hands at work or are you really measuring productivity? Here's how Trillian can help you monitor employee status, the right way. 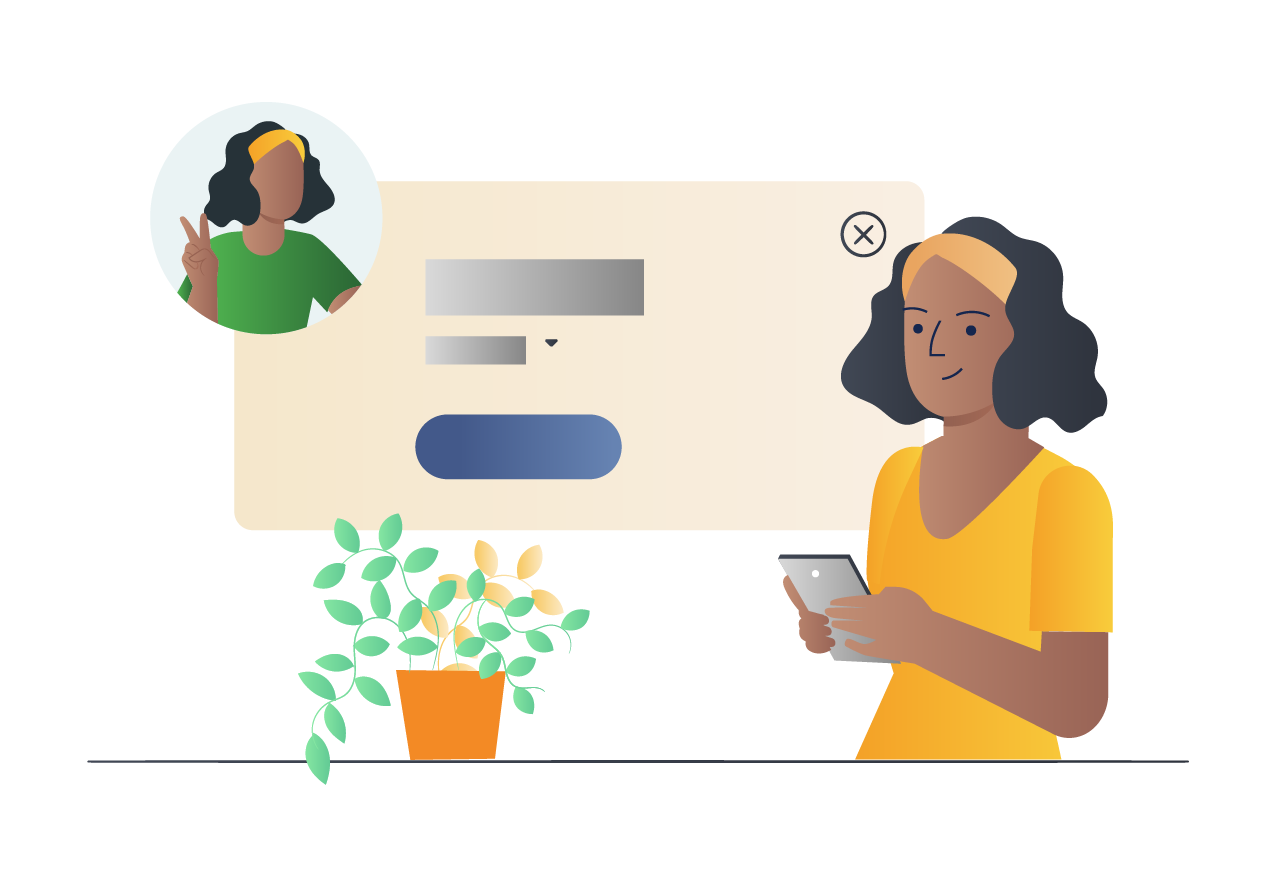 With the wholesale adoption of remote work that’s recently taken place, it can be hard to resist the allure of monitoring employee activity. You wouldn’t be alone, either – 62 percent of executives said their organizations were using tools to collect data on their teams.

That can put serious pressure on staff to show up even when they're not feeling well. The technology exists to give you that information, but making use of it could actually result in less productivity.

It may seem counterintuitive, but you and your business would be better off if they didn’t make the commute, or if they don’t log on to work from home.

As it turns out, presenteeism does more damage than its scarier sounding opposite, absenteeism. According to research by wellbeing experts Vitality, 35 productive days are lost to presenteeism every year. Absenteeism costs less than three.

Here’s a comparison of the Investopedia definitions of presenteeism and productivity:

Presenteeism is defined as ‘the problem of employees who are not fully functioning in the workplace because of an illness, injury or other condition. Even though the employee may be physically at work, they may not be able to fully perform their duties and are more likely to make mistakes on the job.’

Productivity – and labor productivity more specifically – is defined as ‘the amount of real gross domestic product...’ (or in this case, revenue for your business) ‘...produced by an hour of labor.’

Taken together, these definitions make the relationship between the two much clearer. If an employee is ‘physically at work’ but performing worse than usual, they’re actually putting a serious dent in productivity.

Why? Because they’re reducing the amount of revenue you get for an hour of labor and aren’t performing to the level they’re being paid for. Just because your staff are at work doesn’t mean it’s benefiting the business.

Presenteeism hammers more nails into the productivity coffin because, as Vitality points out, it has a snowball effect. More time is taken off in the long run when employees get burnt out or give their colleagues their colds and flu.

Monitoring the causes of presenteeism

It makes sense that if you’ve created a culture of surveillance at your business, you’re implying that if employees aren’t meeting your activity standards they’ll be in trouble.

The Harvard Business Review’s Reid Blackman summed it up earlier this year, as the pandemic was forcing many to work from home, and many businesses to ramp up their monitoring efforts:

‘Employees who are subject to new levels of surveillance report both being “incredibly stressed out” by the constant monitoring and afraid to speak up, a recipe for not only dissatisfaction but also burnout, both of which – ironically – decrease productivity.’

We’ve got an unobtrusive solution, and it’s something most people are already used to outside of work – status tracking. There are four and a half billion active accounts on the three major IM platforms, all of which tell users when someone is online or offline and when they were last active. They also let you know when your message has been delivered, and when someone has read it.

Trillian gives you the same information with more granularity and control, making it a better fit for the world of work (among other reasons!) We’ve got the green ‘Online’ circle you know and love, but we’ve also got an orange ‘Away’ triangle and a red ‘Do Not Disturb’ square. That’s three shapes!

How does Trillian know if someone’s online or away? It tracks keyboard and mouse activity. If someone’s been inactive on both for a set period of time, the app automatically changes their status to ‘Away’. You can also do it manually. 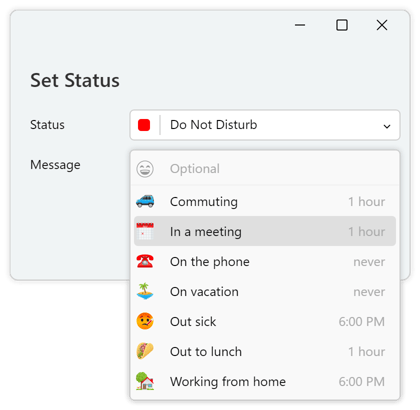 The geometry is just the start, though. Users can also add status messages, letting colleagues know if they’re away for a specific reason, or when they’ll next be online. Accompany those with an emoji to let people know how you feel about what you’re up to. Those messages can also be set to clear at a defined time.

If you’re going to be on a call for an hour, for example, you can change your status to ‘Away’, your emoji to 📞 and your status description to ‘On a call’, and everyone will know that you’re pretending to be on a call, but are actually watching those two guys build a swimming pool out of mud in the rainforest.

There’s an added benefit to tracking activity, too – if you’re working away on your desktop, Trillian will silence notifications to your phone. That way, you won’t be met with a cloud of noise every time someone gets in touch.

All jokes aside, status tracking is a tool that managers can use to get a quick glance at who’s active and who isn’t without overstepping boundaries or breaching trust. If you want to know when people are signing in and out, alerts can be set that’ll let you know. We’ll automatically show you who’s recently logged on in your contact list, too. On that note, users can customize the employees that show up in their contact list so that they only see the activity of the people that they need to.

It’s helpful to reframe the idea of monitoring so that it doesn’t lead to presenteeism, and statuses help guide the way. Don’t think of it (or communicate it) as surveillance, but as a means of understanding the availability of your team. That’s more valuable because effective communication is a better metric for productivity than someone working overtime.

You or someone on your team hired these people for a reason, and Jason Fried, co-founder of Basecamp and remote work thought leader, makes a great point:

“If you’re not trusted to work remotely, why are you trusted to do anything at all? If you’re held in such low regard, why are you able to talk to customers, write copy for an ad, design the next product, assess insurance claims, or do tax returns?”

Stay in touch by signing up for our newsletter